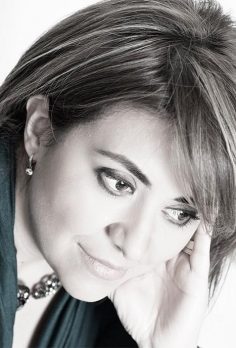 Colombian poet. Her collections of poems Al desnudo, Mar de (L)una -published by editorial Oveja Negra- and the new bilingual version of Mar de (L)una/Moon Ocean – Snow Fountain Press 2020- have had a reverberations throughout the literary world in Latin America and in the United States of America. Al desnudo received a 2018 International Latino Book Award (ILBA 2018) honorary mention for best poetry book from a single author. Mar de (L)una received a ILBA 2019 honorary mention for best poetry book from a single author. Her most recent work, Poemas SIN NOMBRE Filbo 2019 is the result of a non-existent journal that compiles her experiences from the point at which she was diagnosed with bipolar disorder II (bipolar depression). Fermina has become a voice for demystifying mental illness. Her goal is that with this book of poems, a conversation might ensue despite the judgement, prejudge, stigma and the fear of what others might say to prevail. Fermina Ponce’s poetry grapples with universal themes while simultaneously addressing topics that pertain to her native country, or the country mired in conflict that we all carry within, as Ponce assure us. Her verses speak of human nature, its dualities, and on everything that constitutes a certain complexity that is sometimes so simple. In 2018 she ventured into the world of prose with Rene, From Pilsen with Love and Humor Also Rules, published by Magma editorial, Spain. On December 11, 2019 she was appointed Deputy Poet Laureate of Aurora, IL.