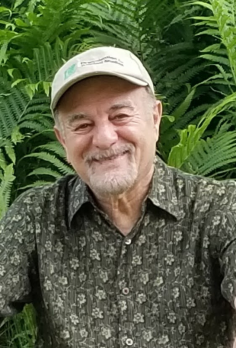 Miguel Ángel Piery is a foreign languages professor living in Ithaca, NY. He was born in Buenos Aires to a family of Greek-Cypriot immigrants. Traveled extensively, worked and lived for more than 10 years in Europe (Spain, England, Norway, Italy, Germany, Austria, Portugal), South, Central and North America, and Morocco. He graduated with an MPS from Cornell University. He was the Chair of the Foreign Languages Department and Director and founder of the Language Lab at Tompkins Cortland Community College. He taught Spanish and Italian, organized study abroad trips and travelled with his students to Spain, Costa Rica and Morocco. He is an avid reader who wrote short stories along with other authors in Mosaicos Literarios, printed under the auspices of Cornell Creative Arts and the Rose Goldsen Fund, and Anton’s Window/La Ventana de Antón, a bilingual children book which has been recently published by Sow Fountain Press.

His relationship of respect and identification with the cycles and manifestations of nature have been constant and fundamental in the formation of his social and spiritual philosophical principles to promote love, peace and justice in the world.